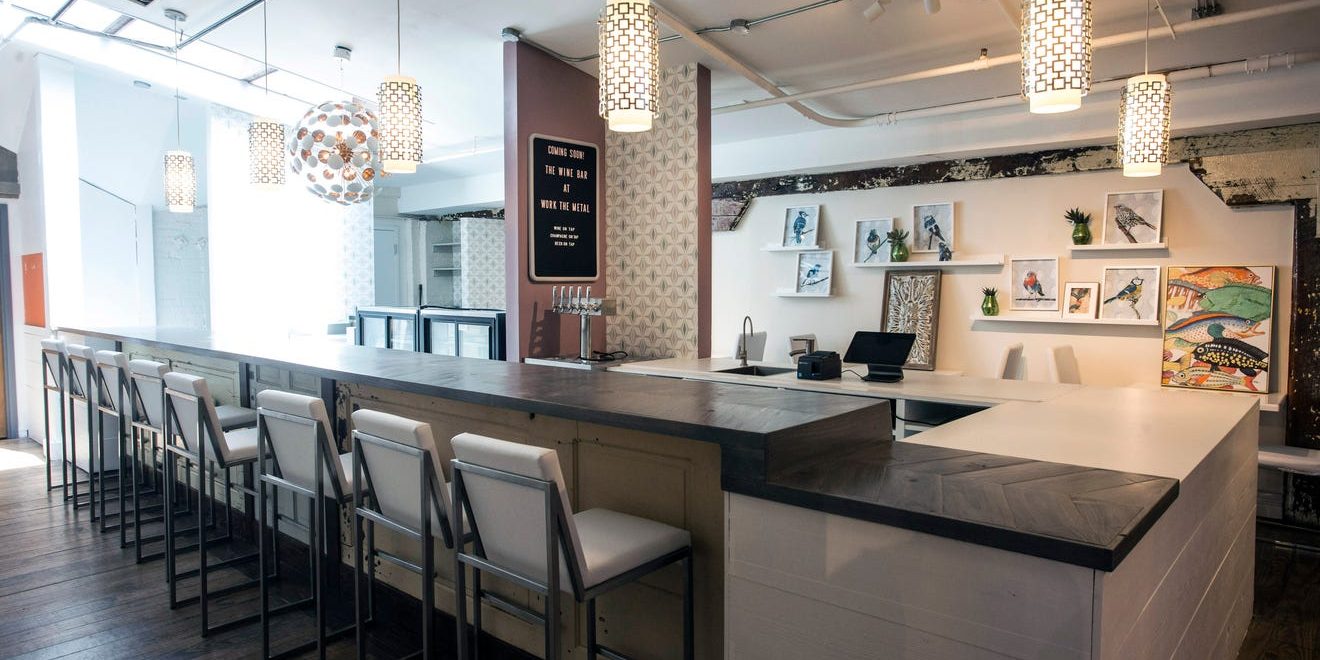 The 12,000-square-foot boutique in Butchertown was already a shopper’s dream.

In a world where suburban shopping malls have been pleading for customers, the guys behind Work the Metal have lured consumers to a store in an old warehouse across the street from the JBS Swift Plant, and it’s still growing.

Jack Mathis and Andy Blieden, who own the massive boutique inside Butchertown Market at 1201 Story Ave., have spent the past few months converting an old interior restaurant space into a chic, funky wine bar.

They’ll have four wine options and a beer on tap at the not-yet-formally-named wine bar, along with a basic snack-focused menu that features locally made items from Bourbon Barrel Foods and Scarlet’s Bakery, 741 E. Oak St. They’ve already ordered glasses and cocktail napkins that emulate the occasionally crude humor already seen on some of the boutique’s gifts. If all goes according to plan, they could be pouring by the end of June.